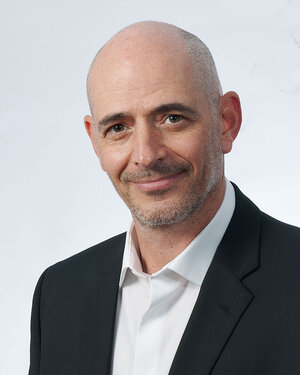 “Lahav comes to us at an ideal time, as we’re seeing a number of promising companies poised to make a big difference in people’s lives,” said Zoic Managing Director Neal Mody. “He has extraordinarily deep roots in design, innovation, and business strategy. His vast experience combined with his relentless commitment to success make him a perfect fit for our team. We’re thrilled to have him aboard.”

Lahav began his career as an industrial designer.  He has over three decades of experience as a founder, innovator, entrepreneur, executive, and investor, mostly in the medtech space.  Over that time, Lahav has contributed to the development and launch of over 200 technology products. Most notably, he founded Kangaroo Group (ISO 13485) and spent fifteen years building it into a major Canadian brand for medtech innovation, contract manufacturing, and medtech startup acceleration.  In 2017, Lahav sold Kangaroo to its chief competitor, Starfish Medical.

“Lahav has key operations experience in the medical device and technology space.  We are a better company with him on our team,” stated Pahini Pandya, PhD, CEO and co-founder of Panakeia, a UK-based medtech startup. “If I were fundraising today, I’d be calling on Lahav. He brings a rare combination of strategic insights and unique operational methodologies that he learned in the trenches.”

“I have failed as much as I have succeeded; I accept both as friends,” said Lahav. “The biggest lesson I have learned is the importance of innovation culture.  A successful culture is non-confrontational but skeptical.  It drives creativity through conversations without fear among team members with diverse perspectives.  When it all comes together, it feels like magic.”